The cub in this image is innocence personified, or perhaps, leopardified 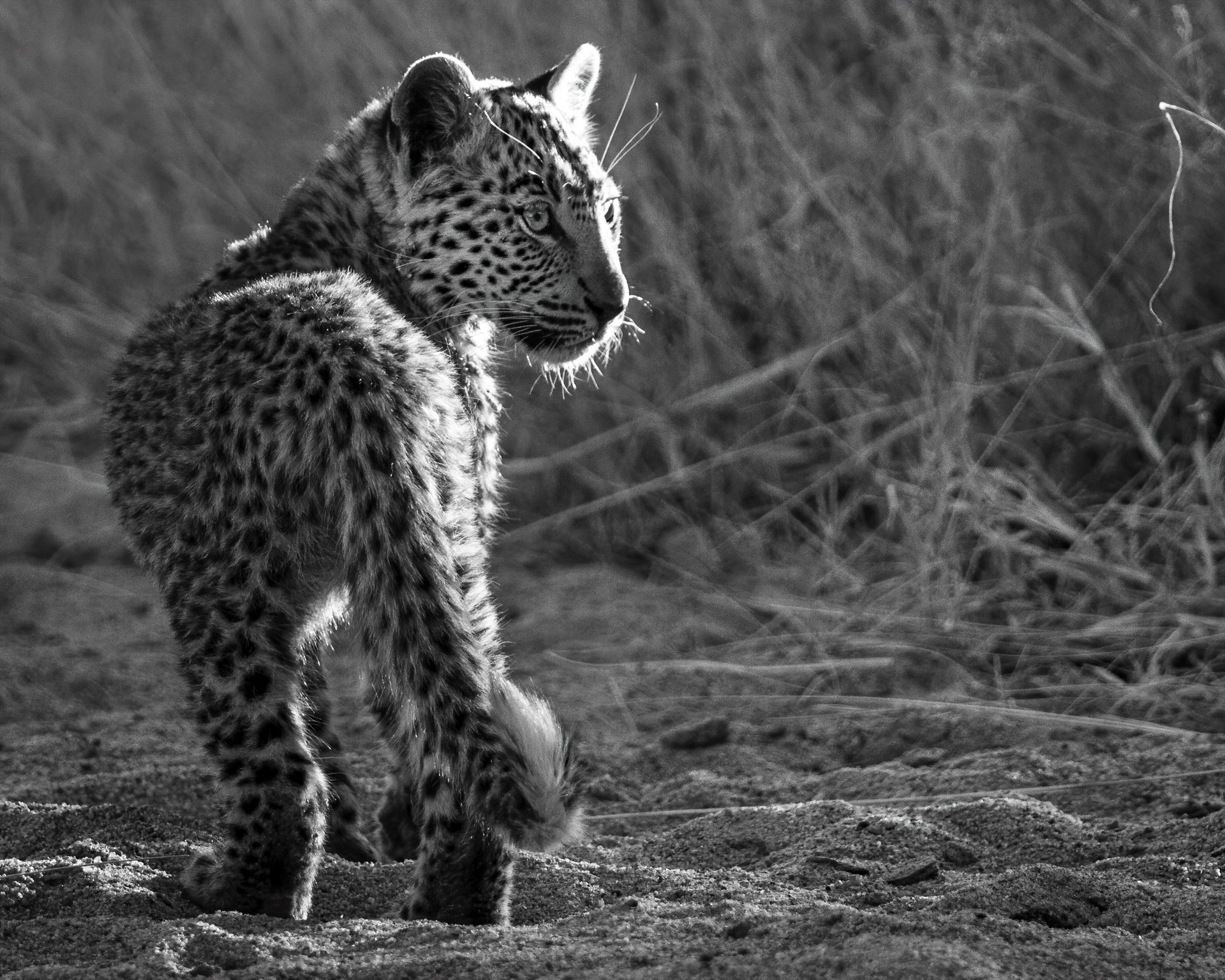 The natural world can be beautiful and brutal. It can also be awe-inspiring and sometimes even a little bit depressing. In the case of this young Leopard, the only way to describe it is unbelievably cute. The cub in this image is innocence personified, or perhaps, leopardified.

We tend to think that only human beings have the capacity to do ghastly things to each other and other species. Yet examples of bullying, rape, social exclusion, indiscriminate & unnecessary killing and a host of other behaviours that we consider to be “crimes” when perpetrated between people are not hard to find in the rest of the animal kingdom either. Whether between different species or members of the same group, it seems that cruelty is one of the default settings of life. It’s thus clear that innocence, at least by our human definition, is something that can only truly be ascribed to the young.

The morning sun glimmers on the cub’s still fluffy coat as he curiously turns around to look behind him. The world is still new, everything in it novel and exciting. This sliver of light is just the right amount to bring the cub Out Of The Grey and into the vividness of life. His inquisitive look leaves us wondering what he has seen (or more likely heard) just out of shot. His mother? Some kind of prey item that he isn’t yet equipped to take down? An eager photographer rustling around in an attempt to get the perfect shot? In the end, it doesn’t really matter. What makes this print so magical is that it reminds us what a magical place the world can be when viewed through the eyes of innocence. 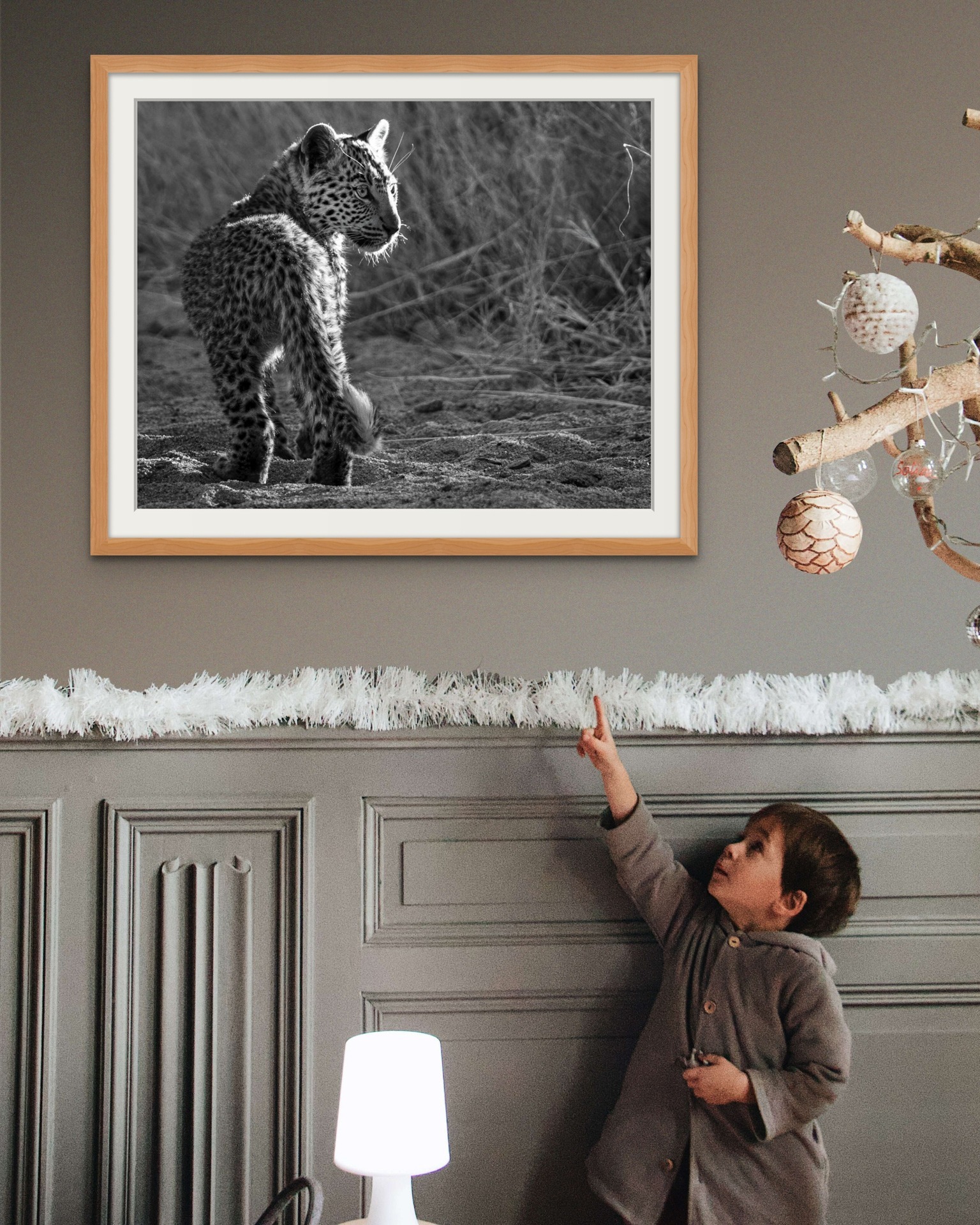