Qty:
View cart ()
Trying to find a leopard in the African bush really can feel like chasing shadows.

At times, trying to find a leopard in the African bush really can feel like chasing shadows. They’re elusive creatures whose stealth is the main source of their success. Sure, lions are the “king of the jungle” (even though they live primarily on savannas) and elephants are the largest land animal on Earth as well as heaps of fun to watch and photograph, yet leopards are the crown jewel of just about any African safari. Of Africa’s so-called “big five”, they are by far the one you’re least likely to encounter in most parks that play home to all the members of this group. That’s why capturing this shot was both a moment of great personal satisfaction and an opportunity to have a chuckle about a lovely bit of irony. Here he is: The Shadow and his shadow.

This striking image is reminiscent of a scene from a movie, the predator emerging shadow first from their lair. The blackness of night that surrounds him only serves to enhance this effect. The angle from which the shot was taken, which almost makes the shadow appear as if it’s on a cave wall rather than the floor, adds further intrigue and mysticism. The strong contrasts at play are an example of black and white photography at its best, while the relative simplicity of the scene serves to hero the subject and allow viewers to draw their own conclusions about what is going on. “Chasing Shadows” is a print that adds character to any space it’s paced in. It’s a celebration of Africa’s most enigmatic large predator that is equally intriguing whether you’re viewing it for the first or 500th time. 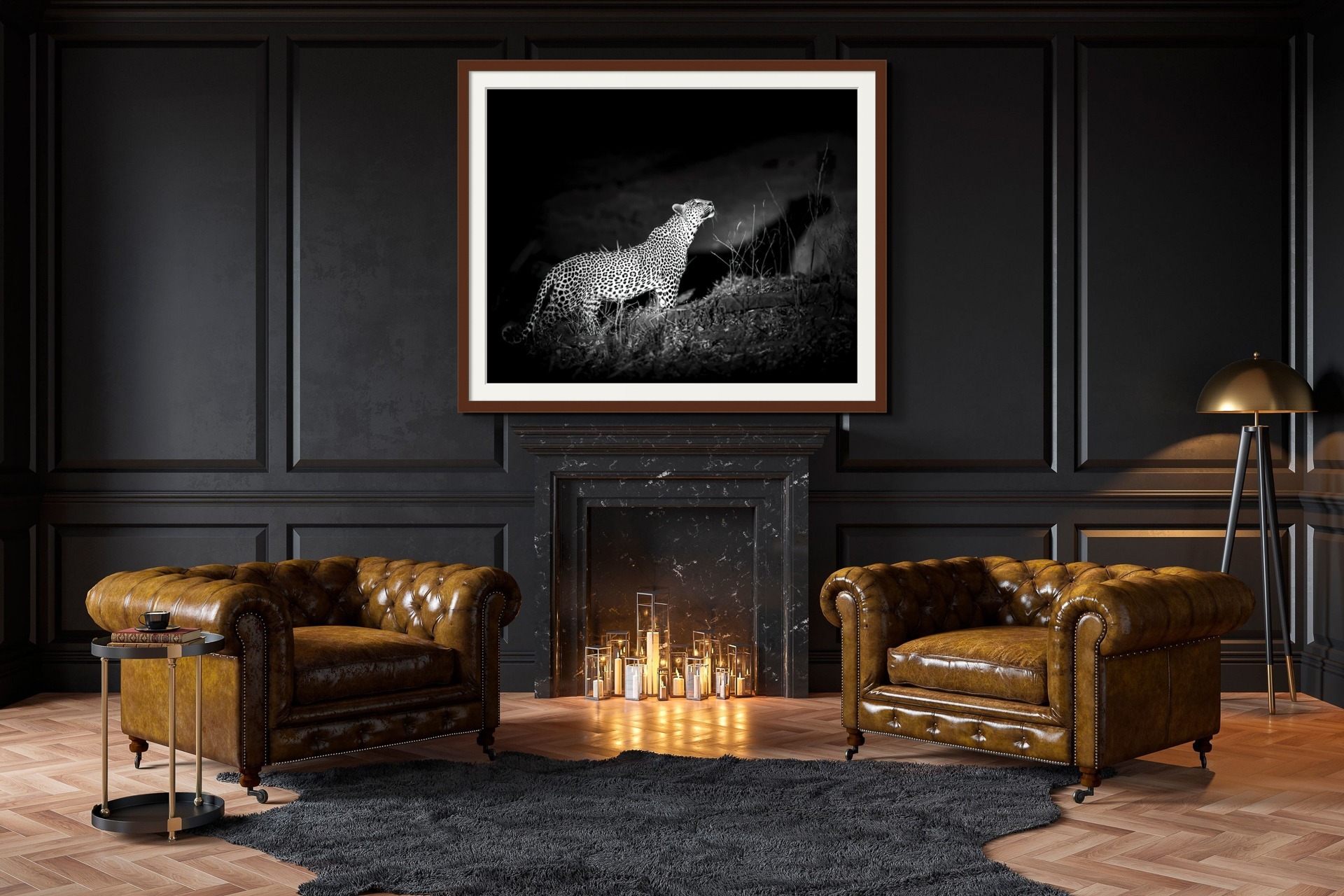