Qty:
View cart ()
The scene was indeed something out of a fairy tale; snowcapped mountains towered over us with breathtaking glaciers on one side and wild green tussock where penguins intermingled with Antarctic Fur seals on the other.

Birds Of A Feather 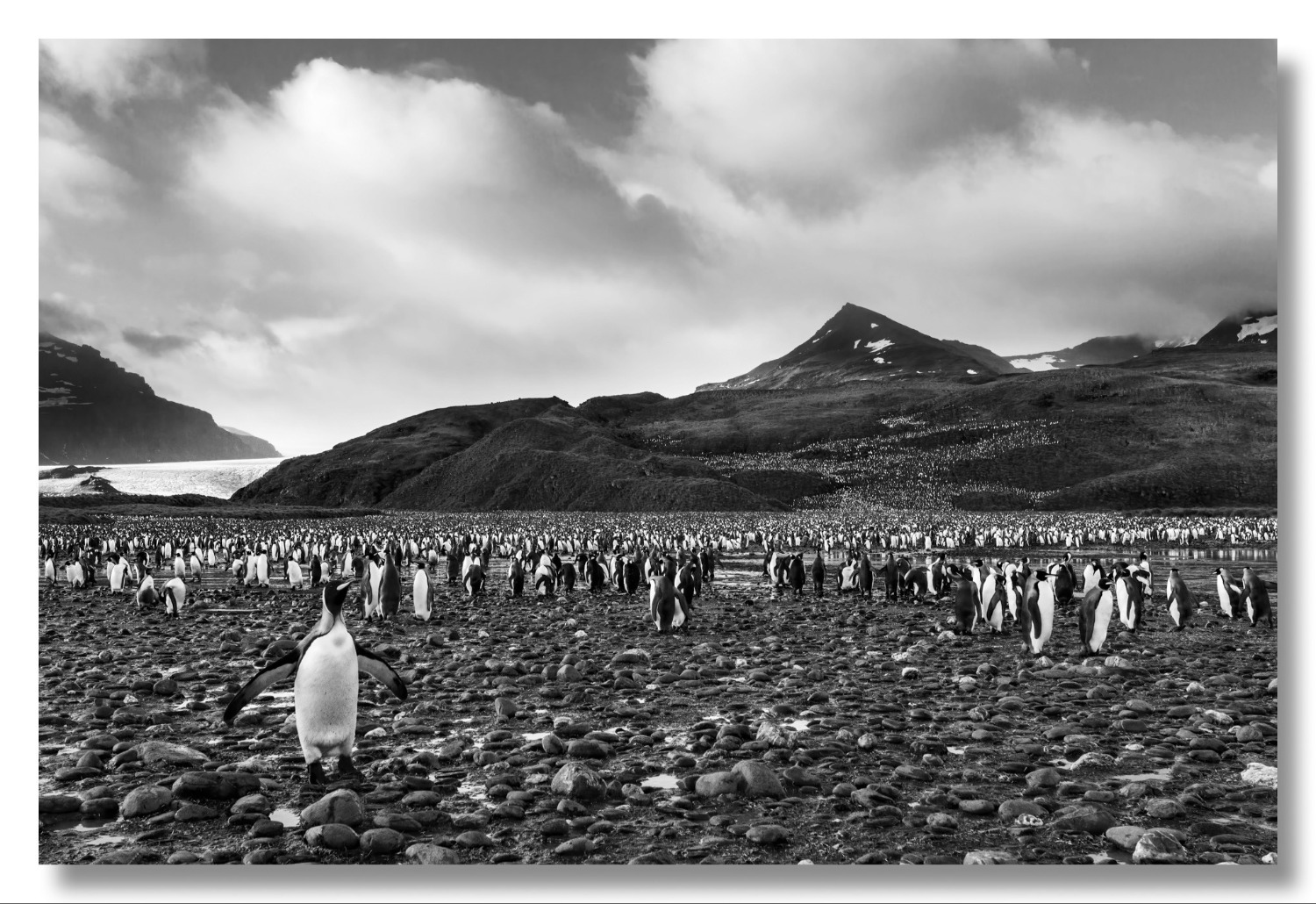 South Georgia Island is a wilderness unlike any other. Its location, out in the middle of the Southern Atlantic, far from any other land and largely undisturbed by man, makes it a haven for several marine and bird species. While it may not be one of the most biodiverse spots on Earth, there are few places where animals congregate in such staggering numbers.

Rugged, windswept geography and freezing temperatures mean it is an unforgiving place to live. The seas around it are the roughest on the planet. Strangely, however, it is maybe the closest I have ever come to paradise.

This image was captured on Salisbury Plain the day after a massive rainstorm. The weather had temporarily given way to a beautiful rainbow, and the second-largest King penguin colony on the island was in fine form.

The scene was indeed something out of a fairy tale; snowcapped mountains towered over us with breathtaking glaciers on one side and wild green tussock where penguins intermingled with Antarctic Fur seals on the other. For once, I could see the pot of gold at the end of a rainbow - nearly 200 000 bright yellow King penguin collars contrasting spectacularly with the otherwise understated colour pallet of the surroundings.

Yet the visual aspect is only one part of the story. This experience was a true sensory overload. Around this many penguins, it is impossible not to be overwhelmed by the noise and smell.

The sound of immense waves crashing against the immovable island, the icy wind ripping through your jacket and the rumbling of another incoming storm only add to this electric feeling. It’s impossible not to become immersed in moments such as this.

The penguins themselves are naturally curious little beings. If you sit down on the ground, they waddle right up to you, as fearless as only an animal that is unaware of the wiles of man can be. Despite their relative awkwardness on land, they are elegant, proud and magnificently photogenic. In fact, I am now of the opinion that it’s all but impossible to take a ‘bad’ picture of a King penguin.

It’s impossible to overstate the effect this experience had on me. It’s equally hard to explain - something profound and utterly unlike anything else I have ever experienced.

Wonder, gratitude and a primal sense of our connection to the natural world are just a few things that come to mind.

Individually small yet collectively immense, these penguins turn an otherwise stark landscape into a vibrant throng of life. The faceless hoard covering the land is brought to life by the inquisitive individual in the image's foreground. The flow of birds down the slope and onto the plain mirrors the nearby glacier - animate and inanimate working in unison.

The imposing figure of the mountain and the storm rolling in create a sense of drama that contrasts perfectly with the somewhat comical flightless birds that call this unforgiving landscape home.

The shot's composition perfectly conveys the experience of arriving at this astounding scene. Surrounded on all sides, this pebbled plain plays refuge to hundreds of thousands of animals, including a large population of Fur seals as well as these King penguins.

This is literally an island in the storm, a lifeboat for these otherwise totally marine-based creatures.

Viewing ‘Birds Of A Feather’ in large, high-quality print format is like stepping into a lost world far from the one we exist in on a daily basis. There is the palpable sense of entering a timeless scene taking place in a land that follows a different set of rules.

The mark of a successful photograph is that it transports the viewer into another time and place. In that sense, this mesmerising penguin print hits the ball out of the park. 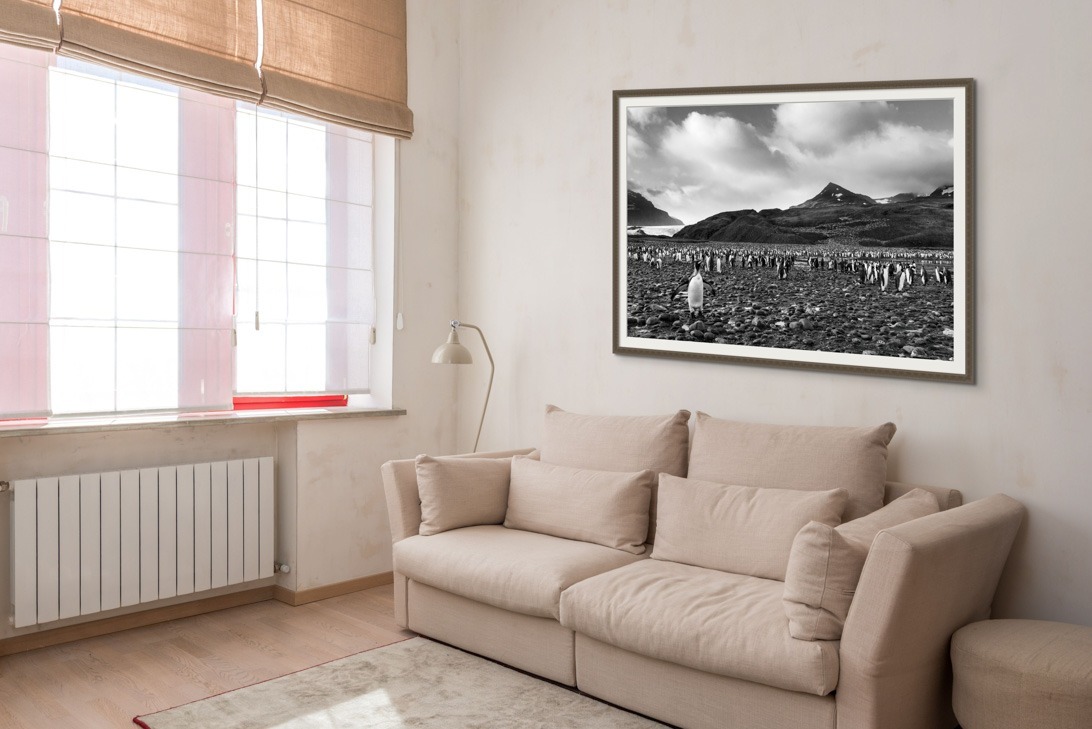